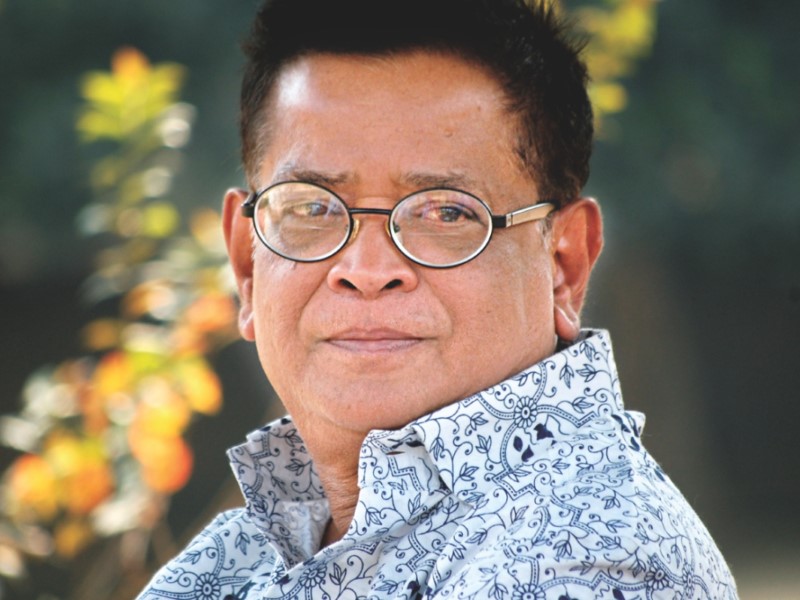 Today is the 8th death anniversary of the popular Bengali writer, playwright, and filmmaker Humayun Ahmed. This year because of the coronavirus crisis, limited programs by several organization will organize across the country to mark the occasion.

It reports that due to the Corona situation, the prayers will be held in a limited number of places, in the place of The birth of Humayun Ahmed, Netrakona, and the most beloved place of the author, Nuhash Polli in Gazipur. TV channels also have special daytime programs on his plays, movies, songs, and literature.

Humayun Ahmed was born on 13 November 1948 in Mohanganj, Netrakona. His father’s name is Faizur Rahman, his mother is Ayesha Faiz. His writing started while studying at Dhaka University. His first novel, Nandito Noroke, published in 1972. The second novel, Shankhanil Karagar, published in 1974. After publishing two books, he was praised everywhere in the country as a powerful writer.

Humayun Ahmed involves in writing for nearly five decades. His writings brings different stories of Bengali society and lifestyle to us. He also creates his storytelling language and wrote several novels about the liberation war, produced drama and films also.

At first, Humayun Ahmed started his career as a professor in Agricultural University. Later he joined Dhaka University. He took writing as a career and retired from teaching. For his contribution to literature, Humayun Ahmed received many awards like The Ekushey Podok, Bangla Academy Puroskar, Lekhok Shibir Puroskar, Michael Madhusudan Pondok, and many more.

This renowned author died in a US hospital on this day in 2012 after suffering from cancer.

“The Batman” made $134 million on its first week

Walton will export smartphone to USA