Home > Others > A Lovely Get together at Utshob Group 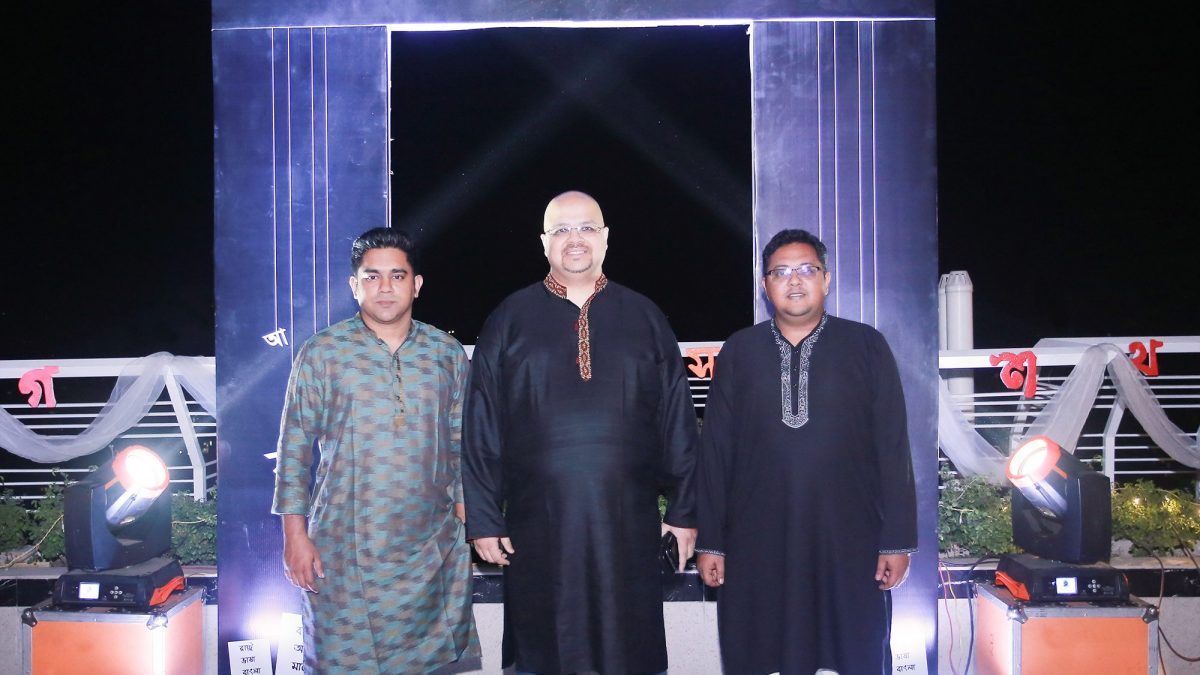 Last year was so depressing for all of us. We were facing a pandemic time. Now things are being normal day by day and we are trying to go back to normal life. As an effort, we wanted to do something for our Honorable Chairman & all employees.

On Sunday, February 21, Utshob Group held a rooftop BBQ party in their office premises. As the CEO of Utshob group, Mr. Raihan Zaman was in Bangladesh, they arranged this party specially for him & their employees. Along with CEO, the General Manager of Utshob group Mr. Tanmoy Paul & AVP Mr. Ariful Haque were present at the party.

The party was decorated according to the Mother Language Day theme. All were dressed up traditionally. The girls were wearing saris and the boys were on Punjabi. The party began with having snacks item. There were delicious foods and coffee. Everyone attended the party with their family and friends. It was a nice environment with live music.

After snacks, Mr. Raihan Zaman gave his valuable speech. He told about the future projects of Utshob group and thanked everyone for their support and love. After his speech, everyone enjoyed the fish BBQ and took part in photo session segment. At last, there was a mind-blowing dinner for everyone. The party was full of joy and there was a festive mood all where.

The Face of ÉLAN : Unprecedented response in a successful makeup contest