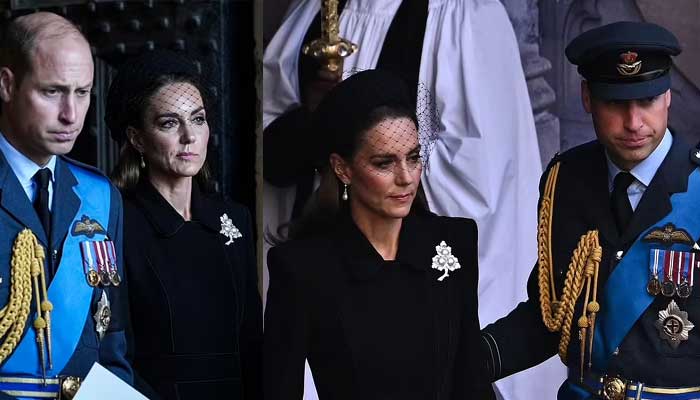 Since the Queen’s demise the members of the Royal family along with the entire world have been paying their tributes to the Queen. Royal funerals are a grand tradition that goes back hundreds of years. In funerals you might notice a dress code that was strictly followed by the royal family members. Even though the Princess of Wales’ maintaining all the dress code protocols she did not forget pay a special tribute to the late Queen.

Jewelry is also subject to rigorous guidelines for royal mourning attire. The Princess of Wales honored the late monarch by wearing Her Majesty’s Diamond and Pearl Leaf Brooch, which has a diamond pavé leaf with three enormous pearls in the center, for the Queen’s funeral procession on September 14. Elizabeth II is only known to have worn the style once, on her 73rd birthday to a concert in Seoul. When the Duchess of Cambridge wore it in 2017 to mark the Battle of Passchendaele’s 100th anniversary in Ypres, Belgium, royal fashion devotees were once more drawn to it.

5 Qualities You Need To Harness To Have A Healthy Relationship

How to self-isolate? The dos and don’ts