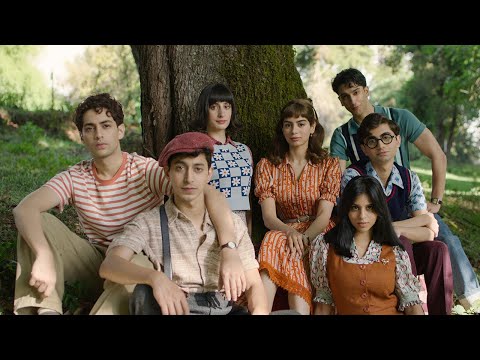 Since the first leaked photographs from the lead cast came to social media, the Archies project has generated a lot of hype. The makers have released the first official look, and it hits you in all the right places with the flood of nostalgia.

This is Zoya Akhtar’s Indian rendition of the classic Archies comics. This version is supposed to be set in the 60s and in form of a musical. It also features the next generation of Bollywood. Agastya Nanda (Amitabh Bachchan’s grandson), Suhana Khan (Shah Rukh Khan’s daughter), and Khushi Kapoor (Sridevi’s daughter) make their acting debuts in the film. Netflix released the first trailer for the film on Saturday.

The Archies Comics, a pop-culture phenomenon, were a big part of our upbringing and have been turned into various films and TV shows. It’s an exciting piece of content to look forward to, especially since ace storyteller Zoya Akhtar is behind the camera this time. A sneak peek at the teaser!

After releasing its trailer and sharing it on Twitter Netflix wrote, “The sun is out, the news is out! Come meet your new friends. Presenting to you the cast of The Archies.” From the first look at the teaser, we can assume that this teen musical with be filled be friendships, first loves, and all the heartaches and excitement of teenage life.

Tom Cruise is preparing to shoot in space!