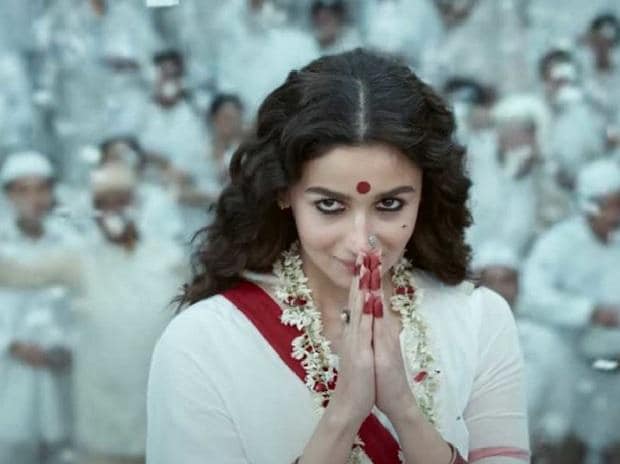 A true, terrible, and dramatic scene depicts women invitingly standing in front of a brothel in the bustling bylanes of south Mumbai’s infamous red-light district Kamathipura. Set entirely against this grim background of Mumbai, director Sanjay Leela Bhansali’s film ‘Gangubai Kathiawadi’ portrays the narrative of numerous young women who were auctioned off to brothels for a few hundred rupees, solely through the eyes of its protagonist Gangubai played by Alia Bhatt.

The film’s charm resides in depicting Gangu’s character evolving through several stages of her life. The story takes its time to develop, even slowing down at times, yet it does so without losing its punch thanks to its fiery dialogues and poignant scenes.

Alia Bhatt steals the spotlight as the boss-lady in a world full of brothels and amorous men. She proves her worth especially when you watch her delivery of fiery-witty dialogues with daring amazing confidence and a killer instinct. She definitely outdid herself in this role.

All in all the movie was visually stunning. The way it brought back the 50s and 60s Mumbai to life was commendable. From the frames to the lighting everything just was a treat to the eyes. Even with its rather long time and slow buildup, it was hard to keep your eyes away from the screen. A movie that spoke about women’s rights, injustices on women in brothels and rights for education and much more. Sanjay Leela Bhansali yet again did not disappoint in portraying all of these in stunning visuals.