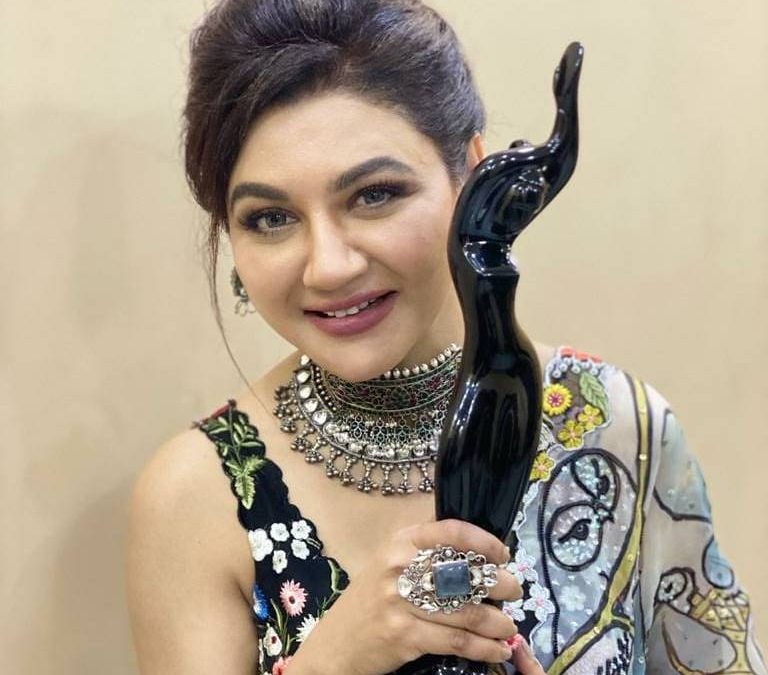 The extremely talented and versatile actress Joya Ahsan does it again. The popular Bangladeshi actress was awarded best actress at the 5th Joy Filmfare Awards Bangla. She received this prestigious awards for her leading role in “Binisutoy”.

This was Jaya Ahsan’s third Filmfare award. She gained a lot of praise for her role in Atanu Ghosh’s drama film. Her co-star was the powerhouse, Ritwick Chakraborty. The film was produced by Sandeep Agarwal. “Binisutoy” also bagged other titles like best film and director and best editing last Thursday night.

Joya Ahsan dazzled in her black and golden gown while receiving her award. This marks her third consecutive win as Best Actor (female) at the Filmfare awards. The film was an opportunity for her to play a role more humane and mysteriously. And she delivered that well enough to recognition for it.

After receiving the award the actress expressed her gratitude to the Filmfare awards for giving her this honor. She also thanked the brilliant director of the film for letting her be part of his dreamy creation. She later expressed to the reports how her friends and family are also overjoyed because of her success at the Filmfare awards. We hope to see more beautiful and creative work from the actress.

Énervé By Utshob: Your Fashion Fix for All Occasions

High-profile Celebrity Weddings of B-Town in 2021