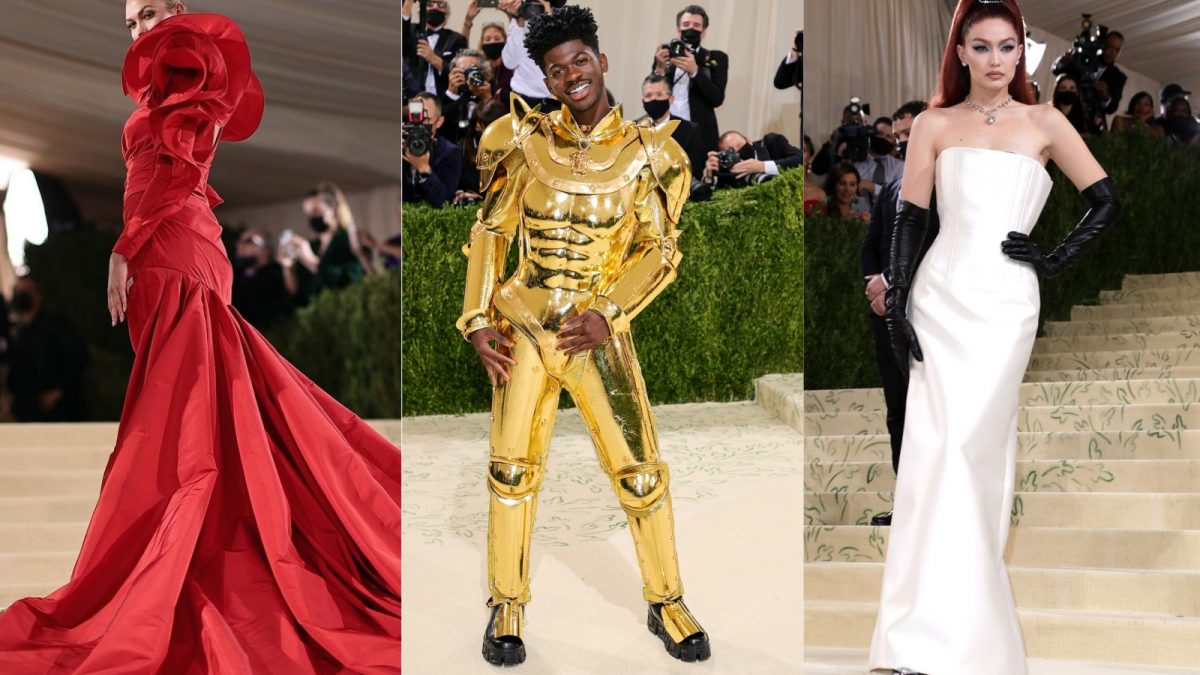 Pull out all the stops, the biggest night in the fashion world is here to blow your mind. The event which is usually held on the first Monday of every May was postponed due to COVID-19. But Met Gala 2021 FINALLY happened on the 13th of September as a celebration of Costume Institute’s newest exhibition, “In Ameria: A Lexicon of Fashion“, a Two-Part Exhibition on American Fashion which will be made public on the 18th.

Met Gala has always been considered an epitome in the fashion world. A place where renowned celebrities, movie stars, models, and yes sometimes even Tiktokers come to showcase their unique costumes in a bid to stand out. In 2021, like Each year, Met Gala is hosted At the Metropolitan Museum of Art with an exclusive theme. And this years’ theme is American Independence. The Participants can adorn outfits that range from star-spangled with red, white and blue, or something that are subtle tributes to American History or fashion.

If you are curious about the amazing coutures flaunted at this exclusive event, which is invitation only, Then keep on scrolling down to see some of the best dressed celebrities rocking it on the red carpet.

Billie Eilish Showed up at the Gala in this gorgeous fairytale dress by @oscardelarenta.

Naomi Osaka Dressed up in this multicolored Louis Vuitton.

Rachel Zegler in this bronze couture from Christian Dior.

Kim Kardeshian turned heads with out eve showing her face in this all black head to toe covered Balenciaga.

Gigi hadid in this elegent piece by Prada.

Simone Biles in a black and white gown by Area and Fred Leighton Jewelry.

Lil Nas X getting outfir changes on the red carpet from Varsace.

Kit Harrington, let’s all kneel to the king in the North and his lovely wife Rose Leslie.

We hope you enjoyed our selection of costumes from Met Gala 2021 red carpet event. Let us know which of these were your favourite or which ones shocked you the most.

10 Pieces Men Should Not Wear To An Interview

Try These Techniques To Mask-Proof Your Makeup

How To Mix n’ Match Accessories With Outfits?