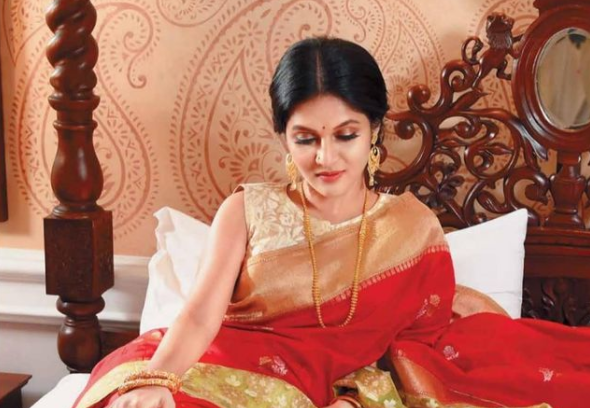 Bangladeshi Actress Rafiath Rashid Mithila is ready to make her debut in the Indian Film Industry, more specifically in Tollywood, with “Maya”. The film is based on the tragedy “Macbeth” written by playwright William Shakespeare. And Mithila is all set to play the pivotal role of Lady Macbeths’ alter ego.

The director of the movie Raajhorshee De has expressed his joy in having Mithila along for the journey. He stated that when he wrote the script for “Maya”, Mithila was on his mind who would be perfect to play the role of Maya. the character of Maya is the alter ego of Lady Macbeth, set to be played by actress Tnusree Chakraborty.

Mithila started her career in 2002 with modeling and slowly made her way into the screens with commercials and music video appearances that got her many popular brand deals. But her actual fame came after her 2009 television series “House Full“. After that she worked on many dramas and telefilms including X-Factor, Land phone er din gulote prem, Denmohor etc. Now she is also about to make her entrance on the silver screen with Anonno Mamun directed film “Omanush” with co-star Nirob.

Before casting her for the role of Maya, Raajorshee de asked Mithilas’ husband Srijit Mukherji whether she would be interested in playing such a critical role. After reading the script she was excited to get on board.

The filming was supposed to start shooting last year but due to the escalation of Pandemic the schedules were postponed indefinitely. However, the project took off this July and will be done in or near Kolkata, in the suburbs.

With Mithila making her debut into a new film industry, a lot of oportunities could possibly open up for her. And we would like to wish the best for her future endeavors.

Fashionable and Trendy Accessories All Men Must Try