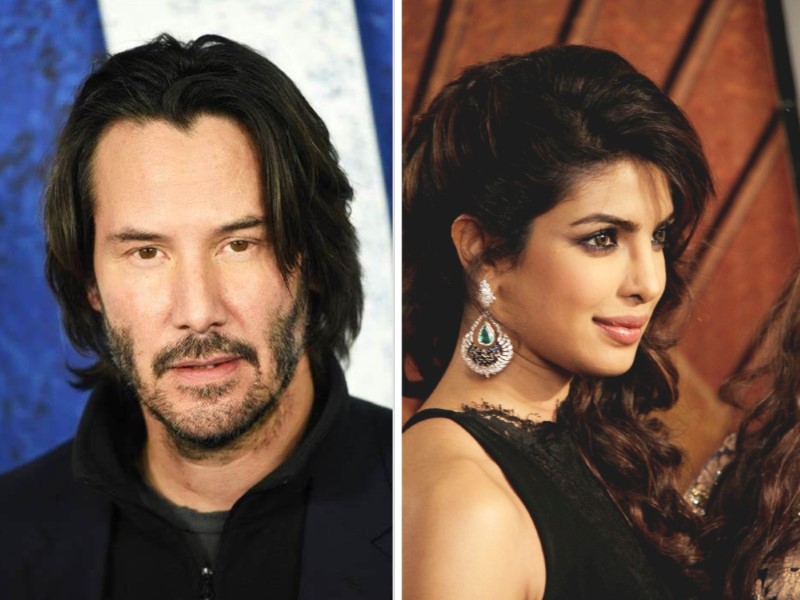 Priyanka Chopra’s career graph is a good example for any new coming actor or actress. She was the first ranked actress in Bollywood. Then comes the Hollywood TV series Quantico. And now she’s going to be in a movie like Matrix.

This desi girl will be seen as a main character in Keanu Reeves’ “Matrix 4”. In addition to Priyanka, the film also stars Carrie-Anne Moss, Jada Pinkett Smith and Lambert Wilson.

Before the lockdown, the shooting of Matrix 4 started in San Francisco. But the shooting was stopped in March due to lockdown. But now again the shooting has started.

Sources say that Priyanka also joined the work. There will be shooting in Berlin in accordance with all health regulations. If all goes well, the film will be released on April 1, 2022.

Meanwhile, Priyanka also focused on production also. She signed a two-year, multi-million dollar deal with Amazon Prime a few days ago. The actress announced the initiative to give new talent a chance.

Priyanka is currently working on two Amazon projects. One is a reality dance show named ‘Sangeet’. She is producing it with husband Nick Jonas. It is inspired by their wedding music. Here, the groom and the bride’s families will compete against each other for the trophy.

The other one is ‘Antony and Joe Rousseau’s Citadel’. It’s a spy drama. Here, Priyanka can be seen acting with Game of Thrones and Bodyguard star Richard Madden.

Raqibul Hasan’s biopic is on the floor