Home > Wellness > Criticisms are your opportunities, accept it with Grace 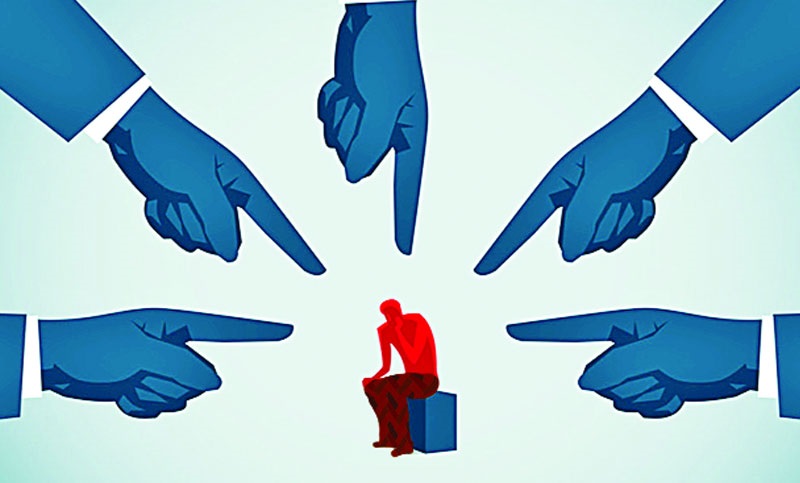 Criticisms are your opportunities, accept it with Grace

Harnaam Kaur, also known as ‘Beard lady’. She holds the Guinness World Record for being the youngest woman to grow full beard at the age of 24. Now she is a social media celebrity, life coach and a motivational speaker. She also models for big brands and have millions of fans. Isn’t it a life of desire? Indeed, but do you know Harnaam’s life was not this exciting. She has haunting past of being bullied and abandoned. Unlike many, this girl accepts her criticism and turn into her strength. Criticism is a common obstacle for our life. Instead of breaking down this need to be use as motivation. So, let’s get started to learn how to accept criticism with Grace and ignore personal attack.

-If your plan is to become defensive towards the person who speaks negative, take a minute before you react. Earlier I tend to get angry when I’m criticized. But now I have taught myself not to react right away. Instead of regretting later for my words, I’ll walk away to think about it.

-Now that you have time to think, find out the reason about the person’s criticism. If it came from a co-worker or a peer and you can work out to improve then take the feedback constructively. I’m sure after few weeks you have the best reply by proving that person wrong.

-The critic feels powerful by making you down. Your loud reactions prove that s/he has the power on you to distract. So be careful. Listen to him even he sounds meaningless. Keep an attitude with a smile. Your cool reaction will lead him to feel ignored.

-To make the critic less motivated practice telling him ‘thank you’. Yes, you heard me right. Your attitude of gratitude is least unexpected by him. So, when you appreciate and say how helpful his opinion is to improve that will catch them off-guard. He’ll be ashamed of his unnecessary comment.

Never let someone random to make you feel low.  I know many times it won’t be easy to handle. You’ll want to outburst. But once you let the criticism affect you, you start losing. Harnaam could do the same. She could live a life of considering her an ‘ugly’. However, she defines beauty on her own and made people go after her. Persons who judge us without knowing, does not deserves our attention? Therefore, you are not trying to satisfy them, just not letting their words to shatter you down.

Make your mask comfortable to match your style outfit

5 Simple tips to be happy

How to be OK being alone during lockdown

How Ramadan can help up to become a better person

Fashionable and Trendy Accessories All Men Must Try