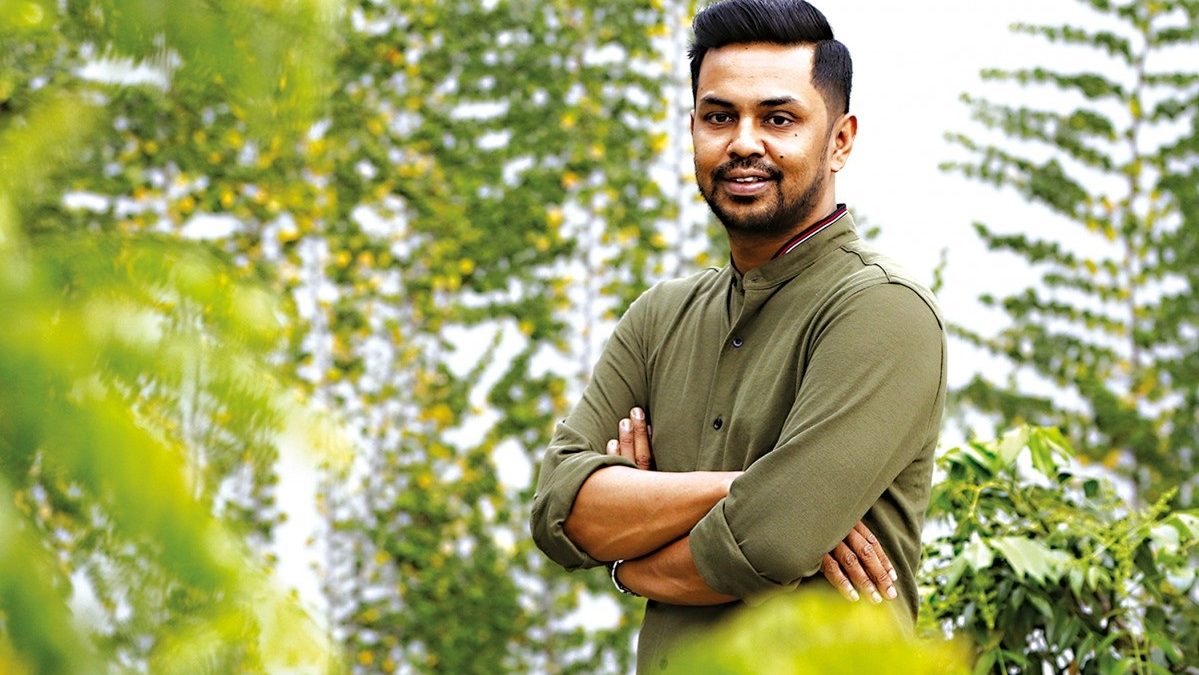 You already know Ashfaque Nipun. His amazing work as a director and writer has made him an inspiring media personality. Talking to him feels like a learning process. His deeper thought, keen way of observing life, creative personality is so inspiring. Fashion Blitzs had the opportunity to interview him. Where he talked about his work and his experiences. Besides, I had him to share his opinion regarding the crisis of television industry, opportunities for woman directors and many more. So, let’s hear what this talented director has to say.

What you like to be called, a writer, a director or an actor?

Nipun: Definitely writing and directing. I love to say story. I believe I have a vision and I want to depict that through my work. Also acting is not my passion. I do it mostly upon request or when I have to do for any reason. So, I love most when people call me a storyteller.

Why today’s dramas are of same casting, and similar kind of story?

Nipun: Well, I always try to bring something new but yes I also heard people to complain the same. The first reason is, producer mostly wants actors who have more popularity. To be specific, YouTube views. Therefore, as a director, we are left with less option to pick an artist. And when you are working with same artist, writers find it easier to give him similar kind of role that will quicken the shooting. Another reason of going with same kind of actors and story is time limitation. To be in the budget we are always under pressure to finish the work fast. Then how writers or directors are supposed to go out of the box within this short time?

How do your characters are always new than the previous?

Nipun: As I said earlier, I look for new. So, I push actor’s boundary. I’ll cast the actors for a character which is new to him/her. Being in such unfamiliar character, actor will try hard to match the character and thus he will perform differently than his regular style. A good actor is always capable of acting in several styles. Being a director, I just inspire them to do that.

What makes you different than others? and things that specify you?

Nipun: I’m a keen observer. I would look for the details and dig deeper. I listen to people and sense the situation. This helps me to have a broader and different frame of mind. I will bring out issues or incidents which generally people ignore. But it is really important if we want a change to betterment. To make us realize about our good and bad I feel we need to talk. I think which is why my fictions have the quality to engage people of different ages. Because they can connect.

Is there any work that you feel dissatisfied about?

Nipun: No. When I’m working, I will do everything to make it best. That is why with the end result, I feel satisfy. But yes, after so many years with more advance technology, I might have new ideas to develop the same thing. 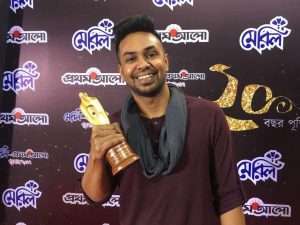 Who is your best actor and actress?

Nipun: I can’t take one name. All of them have their strong side of acting style. Someone is excellent in romance; some play serious characters outstandingly. As a director I love those strong sides that make them the best.

What two things you have learned from Mostofa Sarwar Farooki?

Nipun: His search for excellence and spontaneity. He’ll never stop. Whatever he has, how much he has, he’ll never limit himself in searching for the best. I admire him for that. From him I learnt how to make things happened. It’s kind of doing justice to my work.

Is it true that television industry is solely dependent on the producer?

Nipun: We may call it an industry but government has not announced it yet. No budget is allocated for television productions. So, we have to depend upon producers. Producer are mostly funding out of business purpose. But a director would do his work from passion, compassion and social responsibility. He would take risk to achieve. Contrarily producers love to play safe. To make situation better, directors along with writers and technicians need to have freedom, technical issues need to be considered, experts need to design the blueprints. Only then we can expect outstanding productions.

Lastly, do you think women directors have fair scope to work?

Nipun: No. Many would ignore the fact but I say it out loud. I believe talent has no gender. So, when I see females to get less space in the room to speak for her idea, I call it inappropriate. Male dominating society describes happiness in playboy character, girlfriend’s tantrums, struggle for heroin, so called beauty, objectifying females etc. But being a woman, she has different way of explaining life. It might be more meaningful but mostly assumed to be boring or feminist, which is not sellable. Subsequently she will struggle to find a financer. You’ll also see man coming forward for another man for the sack of brotherhood(bhaichara). This support will never offer to our woman colleagues.

What you’ll say to the people who want to become a director?

Nipun: It’s simple. To become a director, one need to have passion and dedication. But first he needs to figure out how he wants his journey to be. He can produce many works in short time to make lots of money. On opposite, without running after money, he can produce less but greater in quality. I’m the second one. So, more than money, my works brings me satisfaction, recognition.

So, this was Ashfaque Nipun, speaking his heart out. His fearless and out spoken attitude makes him our favorite. We wish him success on his upcoming project ‘Mohanagar’ in Hoichoi.

Billie Eilish: Youngest-Ever Artist to Win Album of The Year at the Grammy