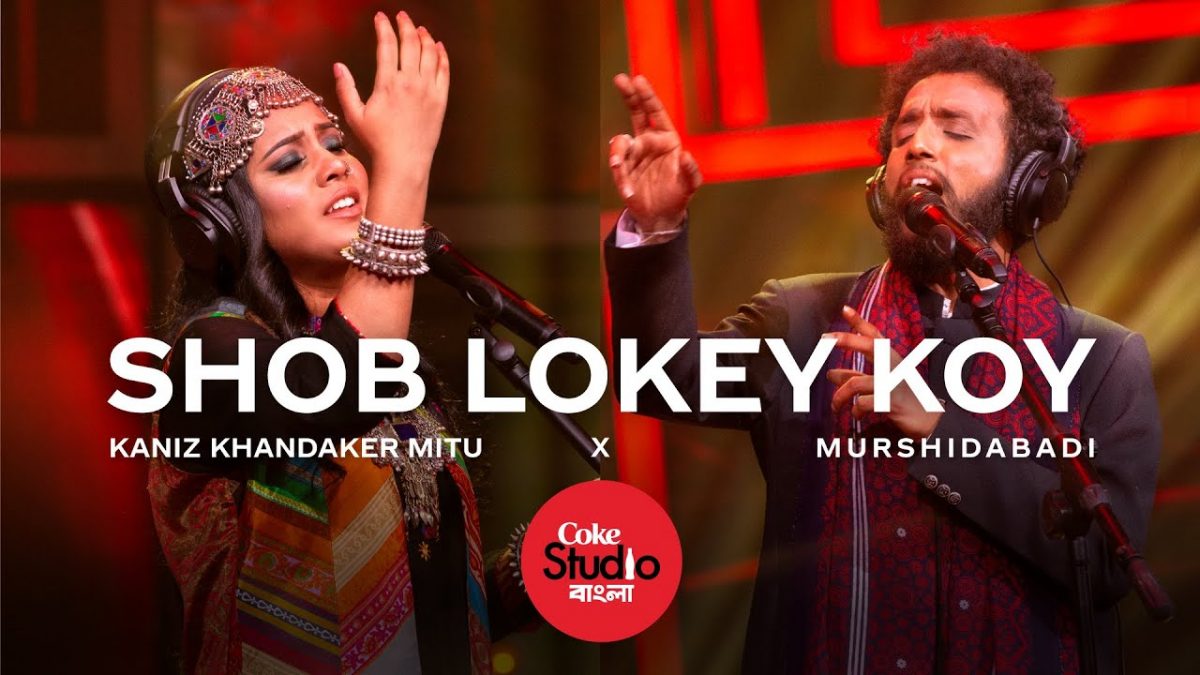 “Shob Lokey Koy”: A Mystical Song about Love and Humanity

Has it ever happened to you when you listened to a song and it automatically got glued to your head? Since Coke Studio Bangla’s seventh song “Shob Lokey Koy” came out, that’s what’s been happening to me.

Coke Studio is known for generating some of the most artistic fusions in the sub-continental music scene. In this particular episode, the fusion was done between two mystical poets–Fakir Lalon Shah and Kabir Das. Two poets from entirely different eras fused together in such melodious harmony encompassing the true spirit of humanistic music.

There’s a saying that goes by that a piece of poetry has a “spontaneous overflow of powerful emotions.” And what can be a better embodiment of that idea? A song arranged by Shayan Chowdhury Arnob to showcase the divine connection between the poets in terms of their ideology and philosophy.

If you dig a little deeper into the song you see how this is a song about the universality of human emotions. We are divided by race, nationality, caste, religion, and so on but when it comes to the vulnerability of our emotions we are one. The whole song is centered around the idea of  “single consciousness” of humans despite all our differences.

The essence of the song would not have been so prominent without the two amazing vocals behind it. Kaniz Khandaker Mitu sang Lalon’s “Shob Lokey Koy” and Murshidabadi sang the part of Kabir’s “Kabira Kuan Ek Hain.” Two artists from two very different genres came together to give us something so magical.

One of the things commendable about Coke Studio Bangla is that it also focuses on the musicians on set as well. You get to see instruments like a Saxophone blended so perfectly with our local folk tunes. You get a peek into the other musicians behind the scene making this ethereal fusion.

On World Music Day, Coke Studio Bangla gifted us with this beautiful rendition. It captures the true essence of music and the universal power it holds in bringing people together. A huge shoutout to Coke Studio Bangla for experimenting and delivering pieces as such!

How to Fix Acid Reflux at Home

Congratulations to Bidya Sinha Saha Mim On Her Nuptials